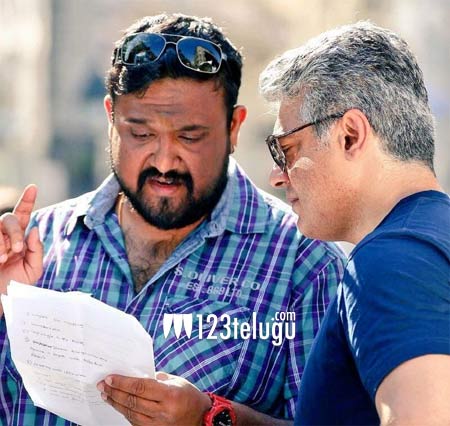 It is widely known that Tamil superstar Ajith and director Siva are joining forces for the fourth time. The duo shares a good rapport and had earlier worked for films like Veeram, Vedhalam and Vivegam.

Now, the latest update is that the makers of this new project have announced the film’s title as Viswasam. Continuing the V sentiment, director Siva has zeroed in this title for the film.

Reputed production house Sathya Jyothi films will be bankrolling this crazy project. Stay tuned for more updates regarding this project.