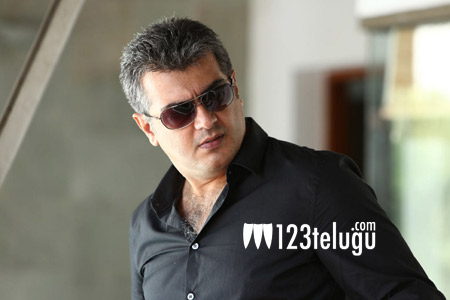 We have already reported that the shooting of Tala Ajith’s upcoming film in Siruthai Siva’s direction is going on at a rapid speed from the past few weeks. 80 percent of the film’s shoot is already completed and the makers are planning to release the film for Diwali.

As per the latest update, the unit is now canning the climax portion of the film at Binny Mills in Chennai. With this schedule, the entire talkie part will be wrapped up and the unit will then head to Europe to shoot the remaining two songs. Shruti Haasan is playing the female lead and AM Ratnam is producing it. Anirudh Ravichander is composing tunes for the film