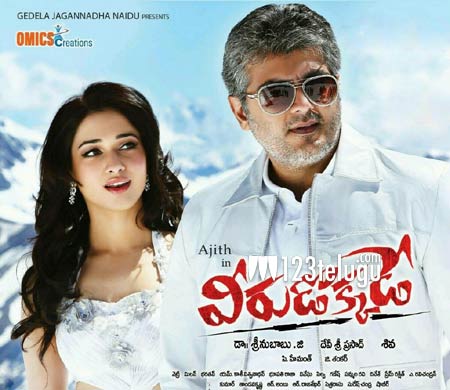 Thala Ajith’s mass action entertainer ‘Veeram’ has become a big hit in Tamil Nadu. The movie is now getting ready for a release in Telugu as ‘Veerudokkade’ and dubbing work has been completed. As per the latest info being heard, the movie will hit the screens on March 21st. .

The movie is being released in Telugu by Omix Creations banner. Tamanna is the heroine in this movie and Devi Sri Prasad has composed the music. ‘Veeram’ is a mass entertainer and the film has a good chance of doing well in Andhra Pradesh as well. Siva is the director of this movie.

Renowned production house, Vijaya Productions, is the original producer of the film.