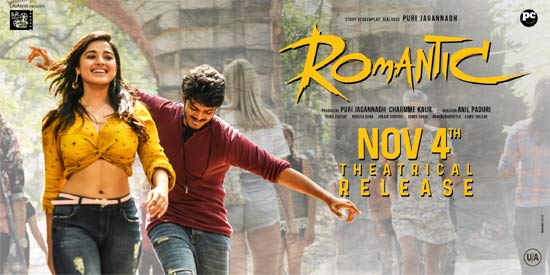 It is a known fact that Puri Jagan has provided the story, screenplay, and dialogues for his son Akash Puri’s next outing Romantic which is being helmed by his protégé Anil Paduri.

The worldwide theatrical release date of ‘Romantic’ is was locked for June 18th was postponed due to the Covid scare. Now, the news is that the film will be out on November 4th as a Diwali special.