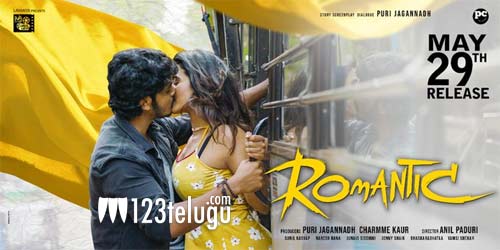 Akash Puri, son of Puri Jagannadh, is coming up with his second film titled, Romantic. Directed by Anil Paduri, Romantic is a youthful entertainer and has newcomer Ketika Sharma in the female lead role.

Meanwhile, the latest update is that the makers have decided to release the film on May 29th, 2020. Ramaya Krishna is playing a powerful role in the film.

Puri Jagannadh has penned the story, screenplay, and dialogues of the film. Charmee is the producer.