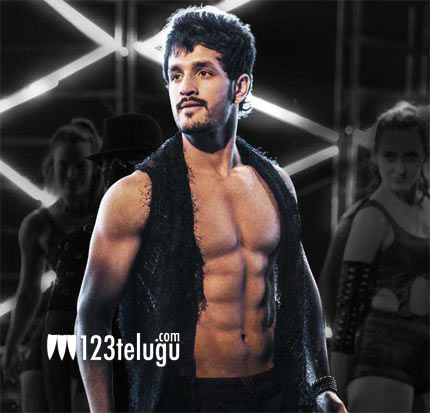 It is no secret that the whole Akkineni family is quite conscious about their fitness, and Nagarjuna himself has been giving tough competition to his sons, Naga Chaitanya and Akhil, and daughter-in-law Samantha in this regard. Now, it is Akhil’s turn to up the ante in terms of his fitness and he surprised everyone by flaunting his brand new look.

The youngster took to Twitter to reveal his chiselled abs and stated that he worked hard for nearly three months to achieve the look for Mr Majnu. He also credited his trainer Dilip for pushing him to build an awesome new look.

Directed by Venky Atluri, the film stars Akhil, Nidhhi Agrewal, and a few other actresses in supporting roles. Thaman has scored the music. Mr. Majnu is slated for release on January 25.

Worked really hard for this ! 3 months of hell and heaven I guess ! A big shout out to my trainer Dillip ! Couldn’t have done it without you! Totally worth it !!! #MrMajnu pic.twitter.com/us6nnVkJYl