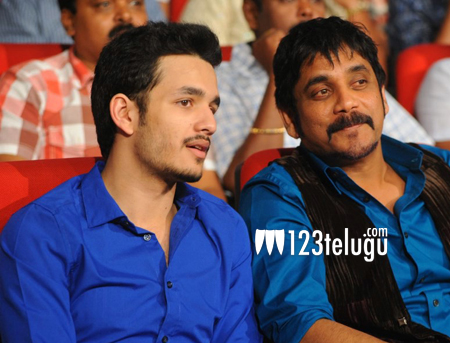 Akkineni Akhil is making the right noises at the moment. His debut film, Akhil has become one of the talking points in the film circles. The film is nearing its completion and the pre-release business is staggering.

Reports reveal that Akhil’s debut film has done a pre-release business beating his dad, Nagarajuna’s life time hits. This is quite a unique feat as this film has been sold for some unheard prices for a débutante.

Actor Nithin is producing the film on Shresta Movies and is also planning to release it in Hindi as well. Sayesh Saigal is the female lead and V V Vinayak is the director.