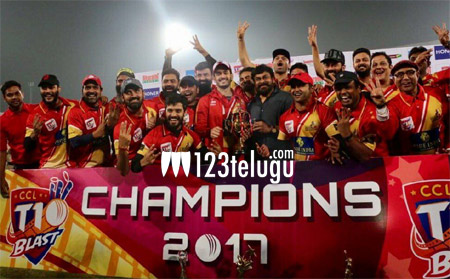 Young hero Akhil, couldn’t have asked for a much better end to 2017. Akhil will remember this year for years to come as he made his much-needed comeback with his latest hit Hello.

His hard work and perseverance have been rewarded finally as the young hero showcased that he is here to stay with a power-packed performance in the film which was appreciated by critics and audience alike.

Apart from this, Akhil made sure that his team won the CCL 2017 trophy under his captaincy. This is the third year in a row that Telugu Warriors have won the cup in Akhil’s captaincy.

With such a satisfying year, Akhil is looking ahead to working in more meaningful films and we wish him hearty congrats on his comeback in Tollywood.