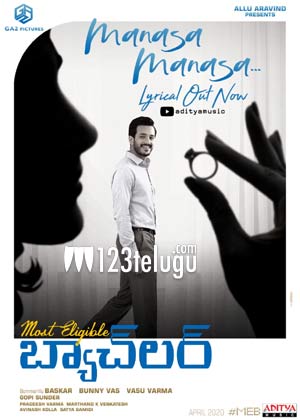 Akhil Akkineni’s highly-anticipated fourth film, Most Eligible Bachelor, has been in the making for quite some time. Being directed by Bommarillu Bhaskar, the film is touted as a romantic family entertainer and it has star heroine Pooja Hegde as the female lead.

As per the latest reports, Most Eligible Bachelor has been postponed and the film will now be hitting screens during the upcoming Dasara festive season. Apparently, nearly 30 days of shooting is still remaining to be completed and the makers may resume the production formalities from June or July, depending on the lockdown situation. Bunny Vas’ GA 2 Movies banner is bankrolling the film.