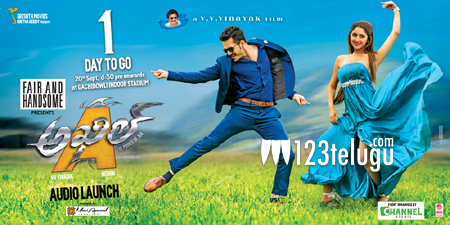 As the release day is drawing near, the entire team of Akhil is promoting their film on a brisk note. Akhil along with a few team members are currently promoting the film in the US.

The audio of the film was launched in San Francisco yesterday and the response for these promotions has been thumping. Post Baahubali, Tollywood has taken film promotions seriously and production houses are going all out to take their films to another level.

The buzz and hype surrounding the film is huge and the Akkineni family and Akhil himself is leaving no stone unturned to take their film to maximum number of audience. V V Vinayak is the director.