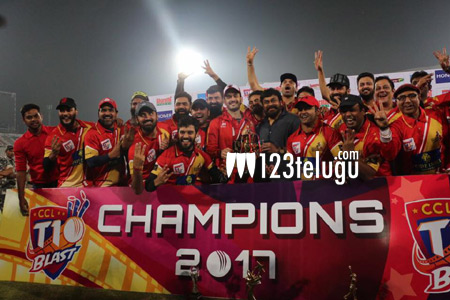 Akhil Akkineni was the star of the grand finale at Celebrity Cricket League T10 Blast, and it was his all round performance that helped the Telugu Warriors team to lift the cup for second time in a row.

The two day tournament that was held in Hyderabad saw teams from several film industries vie for the top prize, but in the end it was the Telugu Warriors and Kerala Blasters team that made it to the finals. Akhil smashed three sixes in a row during one of the matches which changed the fate of the game at one point.