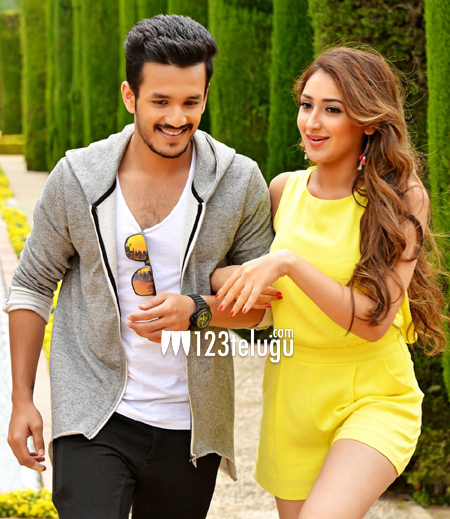 Akkineni Akhil’s debut film ‘Akhil’ is one of the most awaited films of this season. Directed by VV.Vinayak, the film has Sayyesha Saigal as the heroine. The first look teaser has evoked a stirring response in YouTube and escalated the hype on this film which will hit the screens on October 22nd.

Currently, a romantic duet between the lead pair is being canned in Spain. The unit will return to India after completing this song shoot. The audio launch event will take place on September 20th. Actor Nithiin is producing the film on Sreshth Movies banner. Anup Rubens and SS Thaman are scoring the tunes for the film.