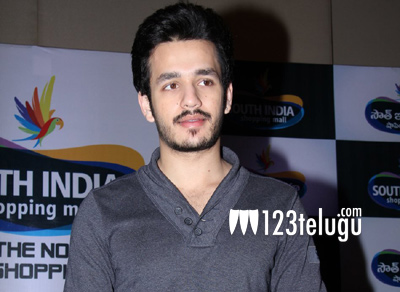 Akhil has not officially announced his next project after his disappointing debut. He has been watching and waiting for the right script and director to relaunch him.

Vamshi Paidipally supposedly got the chance but no announcement has been given. Apparently, Akhil is watching Oopiri and a decision will be taken after the film’s date at the Box Office.

Akhil is reportedly favoring a family friendly romantic entertainer for his second film and if Oopiri does well, Akhil will officially go with Vamshi Paidipally. Else, the waiting game may continue.