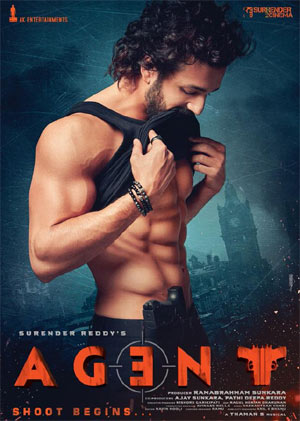 Young Akkineni hero Akhil has joined forces with star director Surender Reddy for his fifth project. Titled Agent, this high budget entertainer is a spy thriller and it will showcase Akhil in a never before seen intense avatar. The first look poster which revealed Akhil’s stunningly ripped body left his fans excited.

Agent’s first schedule took place at Krishnapatnam Port in Nellore. The unit later moved to Vizag port for yet another major schedule. The third schedule concluded in Hyderabad recently. Apparently, the port area with its rugged vibe and milieu acts as the perfect backdrop for Agent’s story.

The film’s unit will soon be flying to Budapest, Hungary for yet another crucial schedule. HipHop Tamizha is composing the music for Agent. Sakshi Vaidhya is making her Tollywood debut with this Anil Sunkara production.