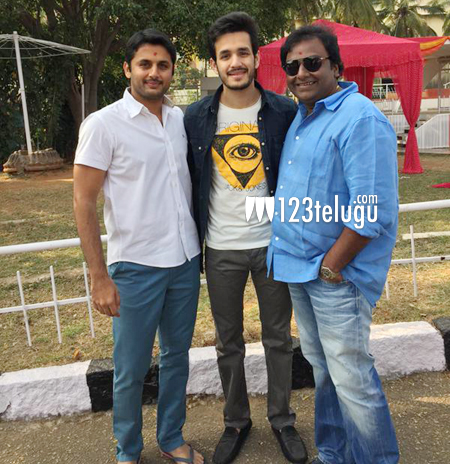 Akhil Akkineni is finally making his debut as a hero. His first film in the direction of VV Vinayak is currently under pre-production and the unit is gearing up for the regular shoot soon. Speaking to a leading English news daily, Akhil said that the film will feature high-octane action sequences. Even during the launch, Nagarjuna said that the film has more action sequences than romance.

Akhil has been undergoing training for the last 3,4 years to perfect his skills in dance and fights. Sayesha Saigal paried up with Akhil as the flm’s heroine and actor Nithiin produces the film.

VV Vinayak is considered an expert in making high budget action entertainers with star kids and Akkineni fans are surely in for a treat this year.