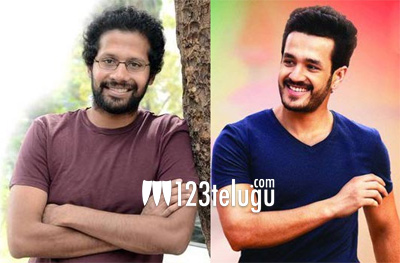 After his last year’s release, Hello, young Akkineni lad Akhil has been in talks with several directors for his third venture. A few prominent directors were rumored to be teaming up with Akhil. However, as per the latest buzz, the young hero is all set to join forces with a talented filmmaker for his next.

Akhil will reportedly be collaborating with young filmmaker Venky Atluri, who scored a super hit with his debut film, Tholi Prema. Venky is committed to doing another movie with his maiden film’s producer BVSN Prasad, and the veteran producer will also bankroll the Akhil-Venky Atluri movie. Touted to be a love story, the project may go on floors in April. An official announcement is awaited in this regard.