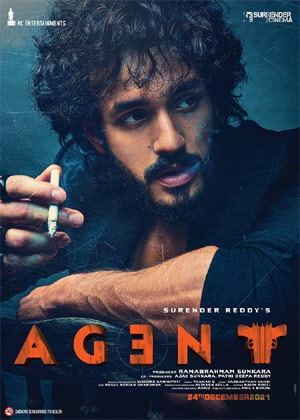 The highly-anticipated spy thriller in the combination of young hero Akhil Akkineni and stylish entertainers specialist Surender Reddy was launched yesterday. The makers unveiled a special glimpse poster this morning as a surprise for fans. The film has been titled Agent.

Agent’s first look showcases Akhil in a striking makeover. He sports a thick beard and long, messy hair and looks rugged and stylish. As the title explains, Akhil plays a secret agent in the movie. The film is being produced jointly by top producer Anil Sunkara in association with Surender Reddy. Thaman is the film’s music composer. Agent is slated to open in cinemas on December 24.