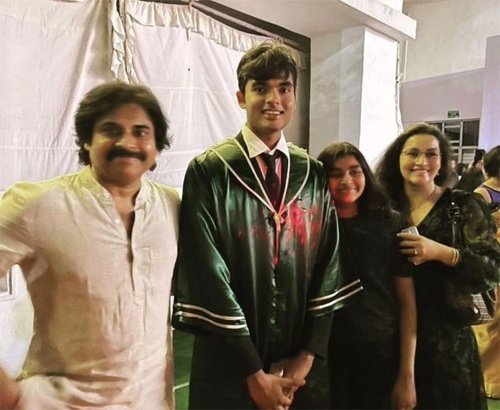 Yesterday night, Renu Desai posted a picture from the graduation ceremony of her son Akira Nandan. Also seen in the picture was Pawan Kalyan.

Now, the news is that Akira also spoke at the ceremony and said that he will dedicate the Dosti song from RRR composed by Keeravani to all his classmates.

Akira is known for playing the piano and he also played the same tune for all the guests that came for the graduation. The young has graduated from the Indus International school in Hyderabad.