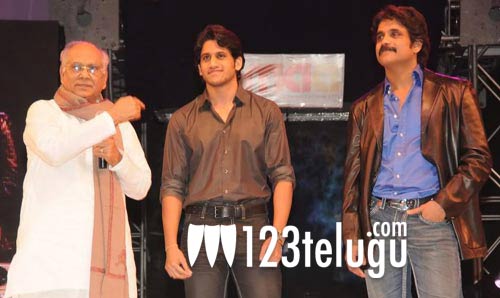 Nagarjuna has revealed that he’s going to act in a film with his father Akkineni Nageswara Rao garu and son Naga Chaitanya. Speaking to the media at an event in Nellore, he said,”This project is my dream and we are listening to scripts right now. The film might go on floors sometime next year.” In the past, there was a rumour that Krishnavamsi would helm a project starring ANR, Nagarjuna and Naga Chaitanya; however, it didn’t materialize. Currently, Nagarjuna is acting in Shirdi Sai and then he’ll begin working on Dasarath’s next film. Meanwhile, Naga Chaitanya is acting in Deva Katta’s Autonagar Surya and after that he’ll star in Radha Mohan’s bilingual film titled Gouravam. If the combination of these three actors works out, then it’ll be a big dream come true for fans of Akkineni family.