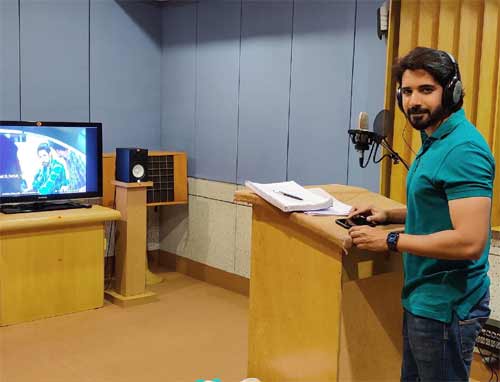 It is already reported that the shooting for hero Sushanth’s new film, Ichata Vaahanamulu Nilupa Raadhu has wrapped up its shooting formalities a few weeks ago. Meanwhile, the latest news is that Sushanth has kick-started the dubbing work for the film from today onwards.

Confirming the same, this morning, Sushanth on his official Instagram account posted a picture from the dubbing room. Being directed by a debutant named Darshan, IVNR is said to be a conceptual film.