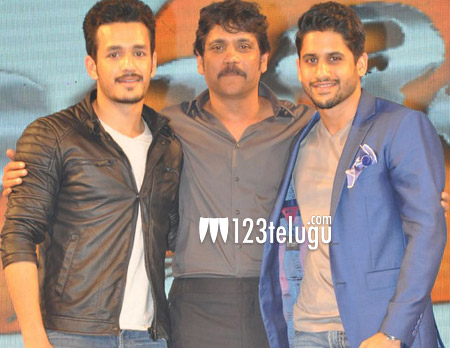 Akkineni Akhil’s debut film Akhil is one of the much awaited films this year. Directed by VV. Vinayak, the film is being produced by Nithiin on Sreshth movies banner. Sayyesha Saigal is playing Akhil’s love interest in the film.

As per the latest update, the final song shoot of the film started from today in Hyderabad. As reported earlier, Nagarjuna and Naga Chaitanya will share the screen with Akhil in this song. The post production work is also going on simultaneously. The film is slated for a grand release on October 22nd.

Anup Rubens and SS Thaman are the music directors for the film.