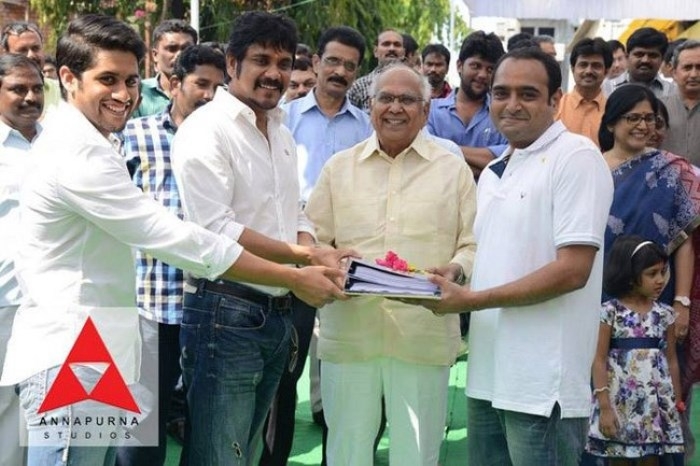 ANR, Nagarjuna and Naga Chaitanya starrer Manam is easily one of the most talked about films in recent times. Shooting of the movie began some time last month and the unit has now successfully completed its first schedule. The second schedule will kick start form the second week of July where some key scenes involving all the actors will be shot.

Samantha and Shriya Saran are the lead actresses in this film. Vikram Kumar (of Ishq fame) is directing the film and Nagarjuna is producing the film under Annapurna Studios banner. Buzz is that the film’s shooting will be wrapped up by October this year. Anup Rubens is scoring the music and the film is said to be a laugh riot.