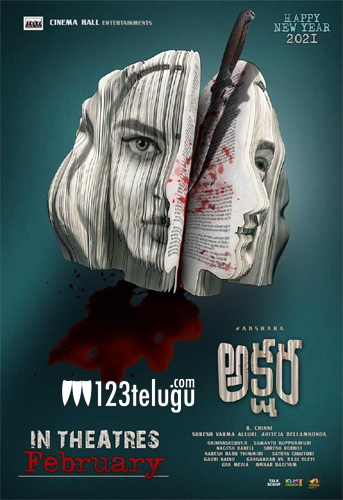 Akshara is one film which has been promoted on a good note right from the day of its launch. Finally, the makers have started promotions today and released a concept poster that has raised a lot of curiosity.

Shakalaka Shankar, Madhu, and Satya play key roles in this film, and their happy lives turn out miserable with the entry of Akshara played by Nanditha Swetha.

All this has been established well in the teaser and now the film is complete and is ready for the big release in theatres in February. The comedy-drama is also getting good offers from the OTT giants for a big release but the makers are looking for a big-screen release first.

The film is directed by Chinni Krishna and Ahiteja Bellamkonda and Suresh Varma jointly produce this film. More details and promos of this film will be out soon.