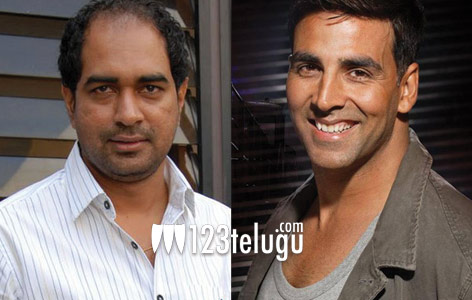 Director Krish, who made some well acclaimed movies like ‘Gamyam’, ‘Vedam’ and ‘Krishnam Vande Jagadgurum’, is all set to make his Bollywood debut. He has been chosen by none other than Akshay Kumar and the project will be the Hindi remake of the film ‘Ramana’. The same movie was made in Telugu as ‘Tagore’, with Megastar Chiranjeevi in the lead.

Sanjal Leela Bhansali will be one of the producers of this new film. The announcement has come as a surprise, since Krish was supposed to direct a movie with Superstar Mahesh Babu and Sonakshi Sinha. There is no official update about that project currently.

The Box Office potential of this story is well known, so don’t be surprised if Akshay Kumar and Krish come up with a 100 Crore blockbuster.