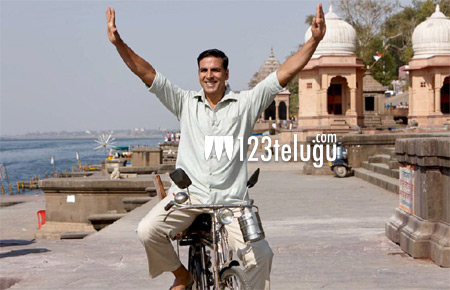 Akshay Kumar’s much-awaited film Pad Man is all set to be the first Hindi film to have a simultaneous release in new foreign territories like Russia, Iraq and Ivory Coast. Although several films had released in Russia in the past, they have all had delayed releases; however, Sony Pictures, which is distributing the film in foreign countries has pushed for a same day release for this film.

Expressing her happiness about this new development, Twinkle Khanna took to Twitter saying, “I once told my Pad Man that I will take him places… Well, not only will Pad Man release in 50 countries all over the world but It is Bollywood’s first film that will be releasing day and date in Russia, Ivory Coast and even Iraq.”

The film is based on the life of Arunachalam Muruganantham, who introduced low-cost sanitary napkins to improve menstrual hygiene across several areas in the South, and later, he taught this technique to several self-help groups across India. The film is slated for release on February 9.