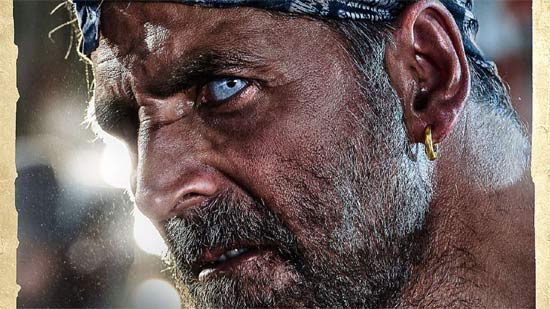 It is a known fact that Akshay Kumar is doing films back to back and one of them is Bachchan Pandey and the film will have Akshay playing the role of a south Indian businessman.

The film’s trailer will be out on the 18th of this month and today, Akshay’s look from the film was out and it looks quite scary and intense.

Akshay is seen with a crooked eye and de-glam role for this film which has star heroine Kriti Sanon playing the female lead. Farhad Samji has directd this film.