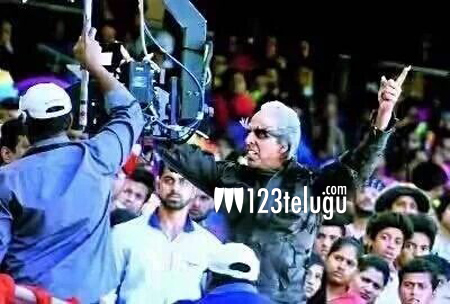 The unit of Superstar Rajinikanth and Shankar’s 2.0 is currently shooting a crucial football sequence featuring the film’s hero Rajinikanth and his nemesis Akshay Kumar at the Jawaharlal Nehru stadium in New Delhi.

This morning, a couple of working stills from the film’s Delhi schedule were leaked on the internet and Akshay’s menacing look in a ‘crow man’ getup caused quite a stir online. Latest reports reveal that Akshay is playing an evil scientist who transforms into a ‘crow man’ after a failed experiment.

After Delhi, the team will leave for Morocco for the fourth schedule. Lyca Productions is producing this film, which has Amy Jackson as the female lead.