Ala Vaikunthapurramuloo sets a unique record in Vizag
Published on Feb 16, 2020 12:11 pm IST 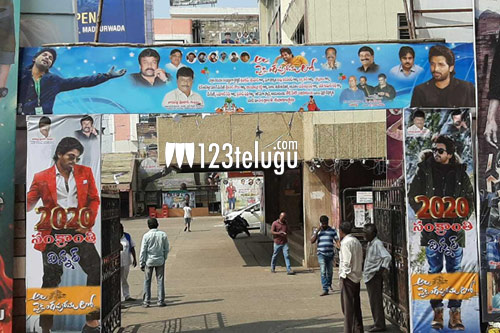 Released on January 12 as a Sankranthi festive treat, Allu Arjun and Trivikram’s Ala Vaikunthapurramuloo has turned out to be the non-Baahubali 2 highest grosser in Telugu. So far, the film has collected a whopping Rs 125 crore share in the twin Telugu states and is inching towards the Rs 150 crore share mark worldwide.

In Vizag city, Ala Vaikunthapurramuloo has pulled off a never before record. ALVP became the first ever Telugu movie to collect Rs 1 crore plus gross in 2 single screens in one centre in Andhra Pradesh. While ALVP has grossed a stunning Rs 1,00,98,121 at Melody Theater in 28 days, it collected another Rs 1,00,18,228 at Sarat Theater in 35 days. It looks like the film is on its way to set more records in the coming days.