Ala Vaikunthapurramuloo’s Samajavaragamana crosses a new milestone
Published on Oct 10, 2021 2:10 am IST 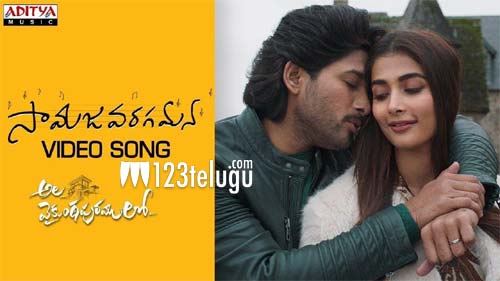 The melodious Samajavaragamana love song from Allu Arjun and Pooja Hegde’s blockbuster 2020 family entertainer, Ala Vaikunthapurramuloo, has been a huge chartbuster ever since its release nearly 2 years ago. The song’s massive success across the country gave a huge boost to the film’s openings upon its theatrical release.

Now, Samajavaragamana’s video song has crossed a major milestone on YouTube. Released on February 16, 2020, the song has now clocked a sensational 200 million plus views on the popular streaming platform. The song has also amassed over 1.3 million likes.