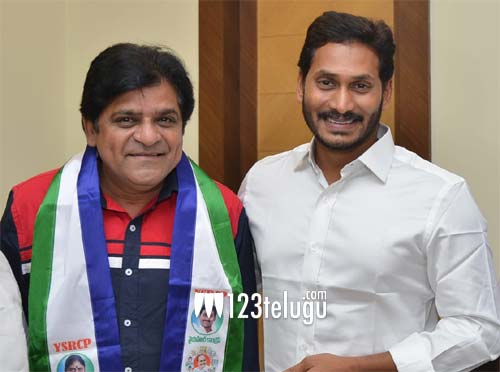 Noted actor and comedian Ali has given a big jolt to Telugu Desam Party. For the past few months, there have been rumours that Ali was keen on contesting in upcoming elections, and that he was in talks with TDP to contest from Rajahmundry. However, earlier this month, it was widely reported that instead of Rajahmundry, he would be contesting from Guntur East constituency from TDP.

In a dramatic turn of events, Ali has now joined YSRCP. He was inducted into the party by YS Jagamohan Reddy, who welcomed Ali with open arms. Speaking to the media, Ali said, “I will not contest the polls. I will work for the party and campaign in the elections. People in Andhra want Jagan as CM.”

Now, it remains to be seen how Ali’s latest move is going to have an impact on the elections in various constituencies.