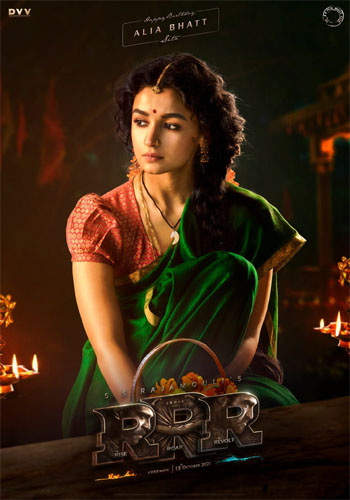 Alia Bhatt is going to make her Telugu debut with the film RRR. She shot for a few days and lockdown happened. Though she has a small role, Alia is going to be one of the highlights as per the news.

The news is that Alia’s working days on the film are just 13 days and for this, she is getting a whopping 6 crores as her fee. Upon this, the traveling, stay, and expenses for her costumes, makeup, and assistants are also different.

Alia is a big asset to the film and is India’s No 1 actress. That is the reason, the makers do not have an issue paying her that money.