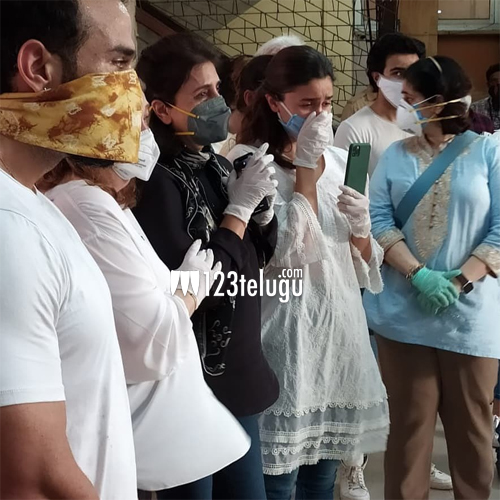 After performing Rishi’s last rites, Alia took to social media and penned an emotional note for the departed actor. Describing Rishi as a “beautiful man who who brought so much love and goodness into her life”, Alia said, “the love I have received from him is like a warm hug that I will always cherish! I thank the universe for giving me this opportunity to know him. 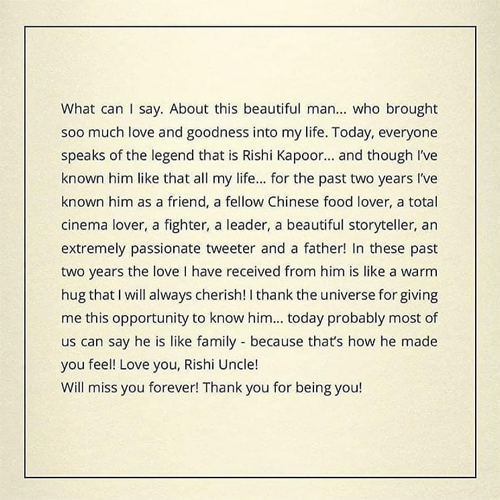