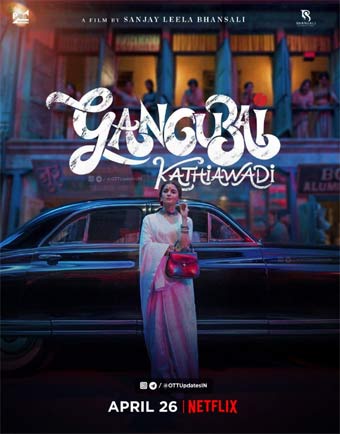 Bollywood star actress Alia Bhatt, who recently tied the knot to the actor Ranbir Kapoor, has scored back to back hits with Gangubai Kathiawadi and RRR.

The latest news is that Netflix, which bought Gangubai Kathiawadi’s digital rights for a whopping price, has announced the OTT release date of the movie. Netflix has released a video to announce that the movie will be available on its platform from April 26, 2022, onwards. Besides Hindi, the Telugu version will also be released on the same day.

The movie received rave reviews from critics and audiences, and also grossed decent money. Those who missed out the flick in theaters can stream it on the OTT space from next Tuesday. Keep watching this space for more OTT news.