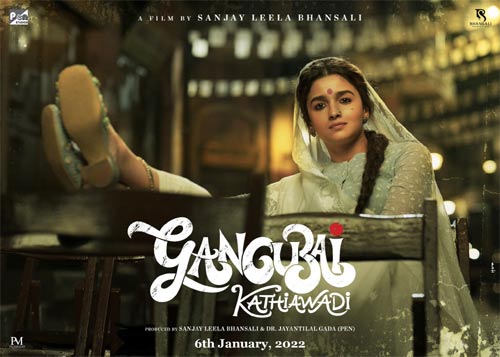 There is no denying the fact that Alia Bhatt is the top actress in the country as of now. She is doing some big films and one of them is Gangubai Kathiawadi.

The news now is that the makers have announced the release date and the film will be out on January 6th, 2022. As the theatres are slowly getting opened, many release dates of biggies are being announced one after the other.

Gangubai Kathiawadi is directed by Sanjay Bhansali and is about the real-life story of a lady called Gangubai who is a famous sex worker from Mumbai.