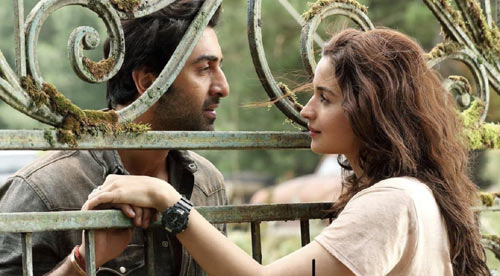 Ahead of Valentine’s day, the makers of Brahmaastra have released a brand new still from the high-budget movie. Directed by Ayan Mukerji, the movie will be released in theaters on September 9, 2022.

The new still featuring Ranbir Kapoor and Alia Bhatt is now doing rounds on social media. The romantic still showcases the love pair exchanging their looks. It seems to be a still from a song from the movie.

Billed to be a superhero movie, the first part of the franchise will be released in Hindi, Telugu, Tamil, Kannada and Malayalam in 3D and IMAX formats.