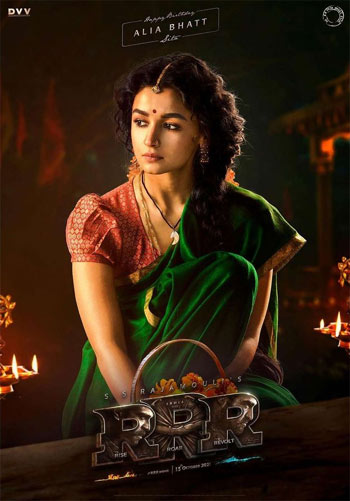 Alia Bhatt is one of the top heroines in the country and has some of the biggest films in her kitty as of now. One of them is RRR.

She will play the role of Sita and was also featured in the Janani song which was out yesterday. But she did not get much screen space in the teaser.

Now, social media is full of gossip that Alia is only playing an extended cameo in the film. In fact, the news is that she will be seen only for 15 minutes.

Unlike others, Alia has just shot for ten days for RRR. But her fans are confident that even though her role is small, Alia will make a solid impact.