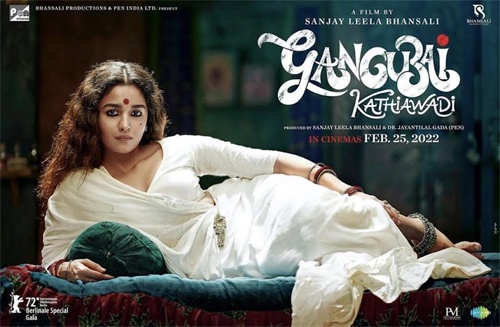 Alia Bhatt is one of the biggest stars in the country. Her new film, Gangubai Khatiawadi directed by Sanjay Bhansali is out in the open and has been released to some mixed reviews in the country.

Though the film started on a slow note, the day two collections picked up and the third day has been even better. The film has made close to 16 crores on day three(Sunday) in the country.

The film made 10 crores on day one and 14 crores on day two. With this, the film has crossed the 40 crore mark in no time. This is a great feat for a female centric film and shows the power of Alia Bhatt.