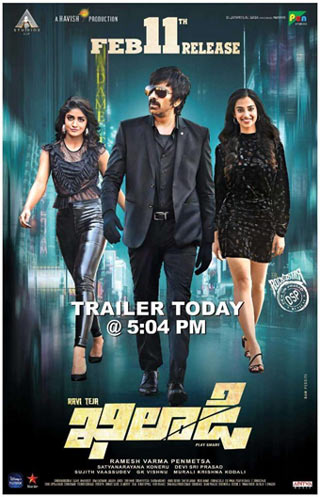 Ravi Teja is doing a film called Khiladi and we all are aware of it already. The film is up for a release on the 11th of this month in a big way.

The trailer will be out today evening. Ravi Teja is playing a conman in this film which is being directed by Ramesh Varma. As the songs have become good hits, there is a good Buzz for the film.

Ravi Teja has given a big hit in the form of Krack and that is the reason there is a solid buzz for Khiladi. So, we need to see if the trailer impresses us or not. Anasuya plays a key role in the film.