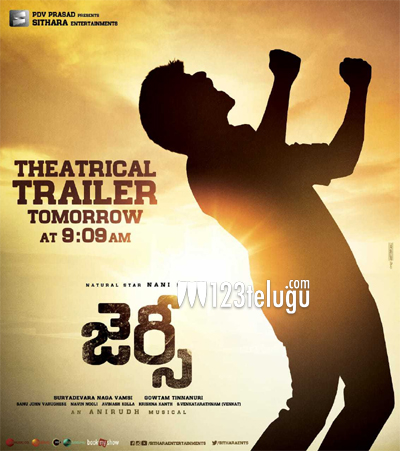 It is a known fact that Nani is doing a cricket-based film called Jersey which will release on April 19. Now, the latest we hear is that the film’s trailer will be out tomorrow morning at 9 AM.

The teaser did not show much except for Nani’s love for cricket and it will be good to see what kind of elements this film will have apart from cricket. So, the trailer will be a huge key for the film’s success and it needs to be spot on.