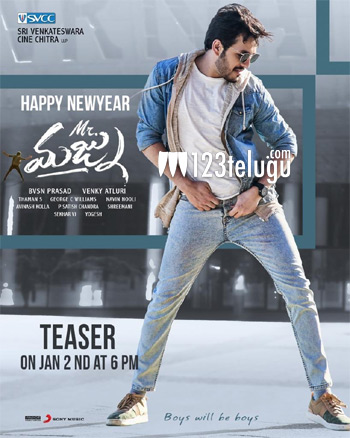 Akkineni fans have been excitedly waiting for the release of Akhil’s 3rd film, Mr Majnu. The film is being directed by Tholi Prema fame Venky Atluri and Savyasachi girl Nidhhi Agerwal is the leading lady in it. Veteran producer BVSN Prasad is bankrolling the film.

On the New Year day, Mr Majnu’s team announced that the film’s teaser will be unveiled on January 2 at 6 pm. Needless to say, all eyes are on the teaser, as fans are curious to see how Venky Atluri has showcased Akhil in his Casanova avatar. Mr Majnu is slated to hit screens on January 25 next year. Thaman has composed the soundtrack.