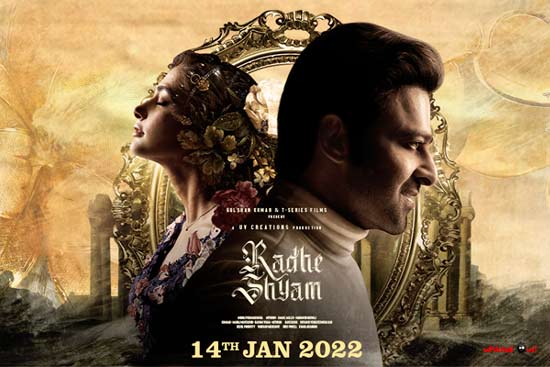 Rashe Shyam is a film that many are waiting for eagerly. The film’s pre-release event will be held today in Ramoji Film City and the trailer will be revealed as well.

Not much is known about the film except for a fact that Prabhas plays a palmist. The songs have caught on well but the world of Radhe Shyam is not yet known. The trailer will be released in multiple languages and Pooja Hegde plays the female lead.

Naveen Polishetty will be hosting the event which will be held on a massive scale. Radha Krishna directs this film which is being produced by UV Creations. The film releases on 14th Jan.