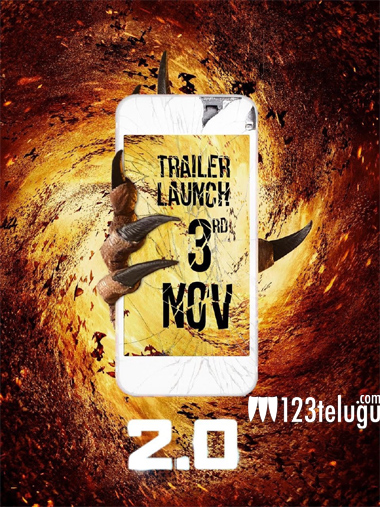 The stage is all set for the grand release of 2.0’s theatrical trailer on November 3. Needless to say, expectations are sky-high on the trailer and the visual extravaganza Shankar is going to offer this time around.

Now that 2.0’s trailer release date is fast approaching, the makers have unveiled a striking poster, asking fans to get ready for the Fifth Force. Well, it looks like Shankar is coming up with his version of this science phenomenon, which has been one of the much debated topics in physics.

Rajinikanth will once again enthrall fans as Chitti – The Robot and Bollywood star Akshay Kumar will be seen in a frighteningly villainous role. Amy Jackson too plays a robot in the movie. 2.0 is slated for release on November 29. AR Rahman has composed the music.