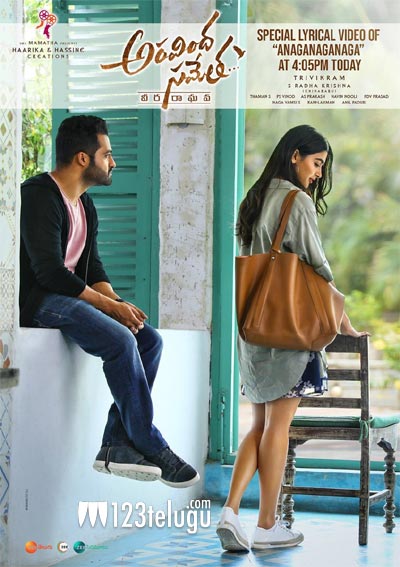 Now that the official updates of Aravinda Sametha have started, the latest we hear is that the first lyrical video of the song Anaganaganaga will be out today at 4.05 pm.

NTR has started dubbing for his part and the post-production of the film is on in full swing so that the film will release on October 11th.