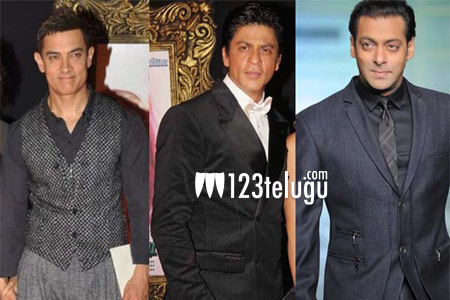 Baahubali The Conclusion wreaked havoc on the box-offices worldwide and minted close to 1,600 crore gross in 30 days. The film has won appreciation from movie lovers, critics and several celebrities across the country.

But all the three Khans of Bollywood – Shah Rukh, Salman and Aamir, are yet to watch the movie. Already, Shah Rukh and Aamir Khan told the media that they haven’t watched Baahubali yet, but they are proud of the film’s achievements.

And during the Tubelight trailer launch event recently​, Salman Khan too had revealed that he has not watched Baahubali yet. The Bhai went on to say that Baahubali is a super successful film and surprised everyone saying that he gave Bajrangi Bhaijaan right after Baahubali 1 and that he’s now coming up with Tubelight after Baahubali 2.