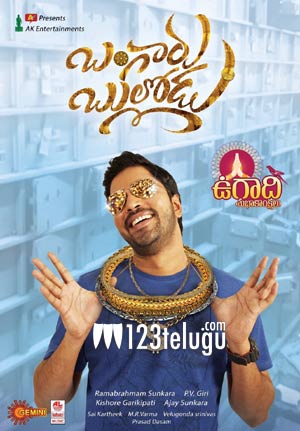 Allari Naresh has been lying low from the past few years as none of his films clicked at the box office. Now, he will be seen in a key role in Maharshi and the story of the film is centered around him.

This career move of him doing Maharshi has brought him good luck as he has been signing movies back to back. Today, the first look of his another new film titled Bangaru Bullodu was told.

Seen here in the above picture is Naresh clad in Gold ornaments which suits the title. Anil Sunkara is producing this film which will release this late summer.