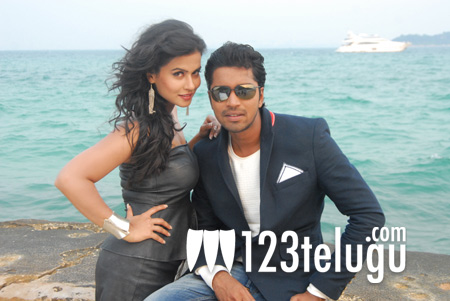 Comedy King Allari Naresh has just wrapped up a big Bangkok schedule for his upcoming film ‘Kevvu Keka’. The team will now be heading to Pollachi where a folk song will be shot on the lead pair from Feb 20th to 24th. Sharmila Mandre is the heroine in this movie.

Devi Prasad is the director of this movie and Chinni Charan has composed the tunes. Naresh is enjoying a good run at the Box Office these days and he has two films lined up for release this summer – ‘Kevvu Keka’ and ‘Action 3D’.

Ali, Dharmavarapu Subrahmanyam and M.S.Narayana will be seen in prominent roles in this movie.