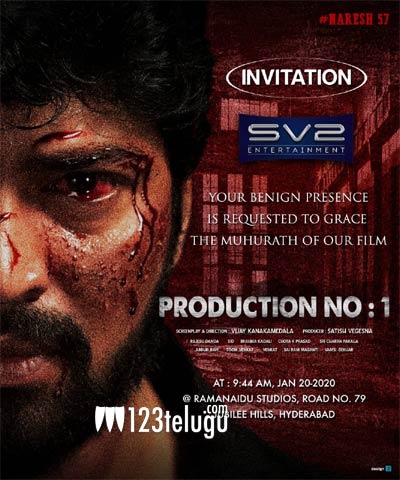 Once a much sought after comedy hero, Allari Naresh has been going through a tough time with most of his recent films failing at the box-office. He regained his lost glory to an extent with Mahesh Babu’s Maharshi last year. Now, Allari Naresh has changed tracks. He is giving comedy a break and shifted to the crime drama genre.

Allari Naresh’s next film will be launched tomorrow morning at Ramanaidu Studios. This as-yet-untitled film will be directed by debutant Vijay Kanakamedala and produced by Satish Vegesna under SV2 Entertainment banner. Whether Allari Naresh will be successful in changing his fortunes with his new avatar remains to be seen.