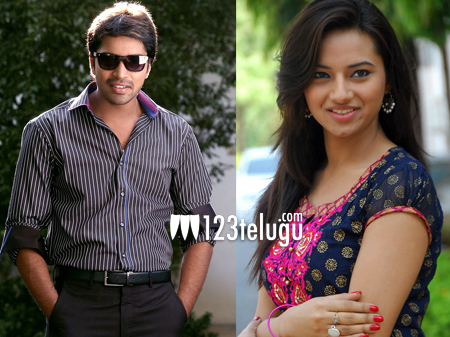 Allari Naresh and Isha Chawla are pairing up for the first time for an upcoming film in E Satti Babu’s direction. The film has been titled as ‘Jump Jilani’ and it’s the official remake of a hit Tamil film, Kalakalappu. Ambika Raja is producing the film under Venkateshwara Art Productions banner, in association with Reliance Entertainment banner.

For the first time in his career, Allari Naresh is playing dual roles in this film and it is said to be a laugh riot which revolves a case of missing diamonds. Most part of the film’s shooting has already been wrapped up and now, the film unit is heading to Muscat to can two songs. Recently, the film was shot in Godavari districts and the makers are quite happy with the way the film has shaped up. Vijay Ebenezer is scoring the music.

Apart from this film, Allari Naresh will also be seen in Ravi Babu’s Laddu Babu and another untitled film in Chinni Krishna’s direction, which also stars Karthika and Monal Gajjar.