Allari Naresh reveals the idea behind Mallya selfie
Published on Mar 13, 2016 12:15 am IST 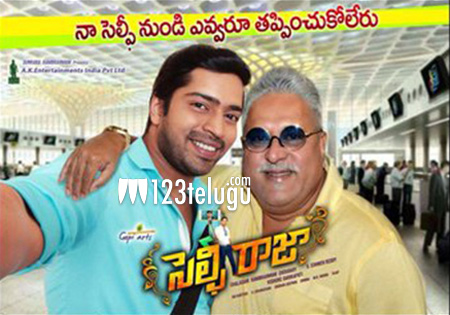 This morning, comedy hero Allari Naresh tweeted a selfie with the tainted liquor baron and Kingfisher boss Vijay Mallya, who is reportedly absconding at the moment. Naresh’s post drew mixed response, with many calling it a “cheap trick” to gain publicity for his upcoming film, Selfie Raja.

And in the evening, Naresh tweeted the first look poster of Selfie Raja with the same photograph but with a caption which reads, “Selfies are his obsession… Selfies are his weakness…He will do just about anything for a selfie…So who will be next?”

The latest poster clears the air as it only reveals that Allari Naresh’s character in the film goes to any extent to capture that crazy selfie.