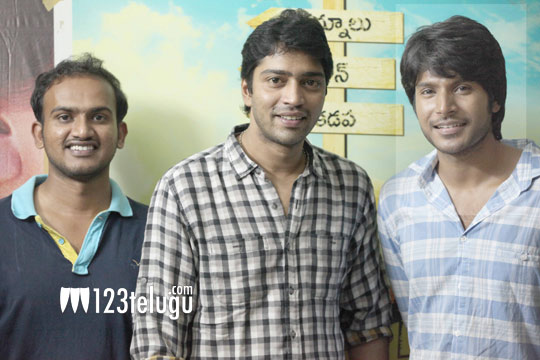 Comedy King Allari Naresh will be lending his voice for the film ‘Venkatadri Express’. Naresh’s voice will be used to introduce the characters during the opening moments of the film. ‘Venkatadri Express’ is getting ready for its release on the 29th of this month and Gemini Kiran has produced this movie on Anandi Art Creations banner.

The film is carrying a good report in the Industry. Sundeep Kishan and Rakul Preeth Singh are essaying the lead roles in this movie. Gandhi Merlapaka is making his debut as a director with this movie and he is quite positive about the film’s chances. Ramana Gogula has composed the music for this movie.

Chota K Naidu has handled the cinematography and Goutham Raju is the editor of this romantic entertainer.